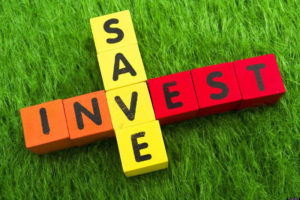 A little while back I read an article citing research from the Federal Reserve that found that most people wouldn’t be able to cover an unexpected $400 expense without either selling something or going into debt. Similar research by the Pew Charitable Trusts found that 55% of people don’t have enough savings to replace one month’s worth of income.

The author shared some of his personal story as well, explaining that while he managed to send his daughters to private school and buy a house in the Hamptons, he sometimes had to borrow money from those same daughters, now adults, in order to pay for heating oil in the winter.

I definitely understand that some people genuinely don’t have room in their budget to save much, if anything, after accounting for necessary living expenses. But this article captured a different kind of situation; one in which people who do have money to save weren’t saving it.

And at least in the personal anecdotes shared in this article, it was clear that this choice was made because saving always felt like a sacrifice. Saving money meant foregoing the pleasure to spend it on things that were important today.

However, not saving can end up being the real sacrifice. Not saving money means you have less freedom to build the life you want for your family, both now and in the future. And in some cases it means being tied to decisions you don’t like but are forced to make because of the financial necessity.

On the other hand, saving money gives you choices. And since choice is the essence of freedom, I would argue that not saving means you are voluntarily giving up some of your freedom.

Saving money means living without the stress of knowing that one unforeseen event could send you into financial chaos.

Saving money means that your expenses are lower, which means you require less income to pay for your needs, which means you have more flexibility to design your work around your life instead of the other way around.

Saving money means you have more freedom to switch to a single income, change careers, start a business, go back to school, travel the world, or spend more time on your health, hobbies or with the people you love.

Saving money means that you’ll eventually be free from the requirement of working for money, maybe even while you’re young enough to enjoy it.

Simply put, saving money means freedom. Freedom to make the choices you want to make. Freedom to live without financial stress. Freedom to take advantage of whatever opportunities life throws your way.

The True Cost of Undersaving

When you look at it that way, the true cost of undersaving is two-fold:

Saving money does require you to make shifts, adjustments and maybe some sacrifices in the short term. You can’t buy quite as much when some of your money is going towards savings.

But that could be well worth it when you consider the opportunities financial freedom opens up and all of the stress it relieves. When it comes down to it, the true cost of undersaving is giving up security and freedom.